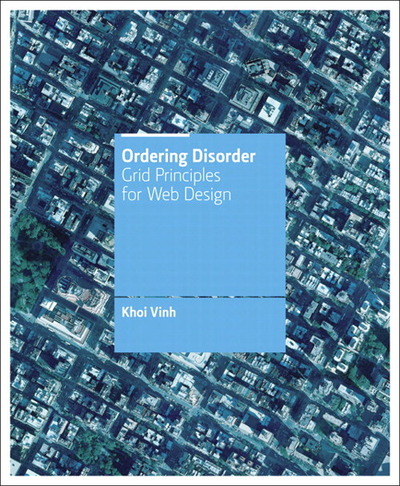 Unlike virtually all other web design books, this one does not talk about color, or HTML, or CSS, or SEO. It’s entirely focused on using grids to design pages with great structure. It’s a short book, and an easy read.

Grids have long been a mainstay of print-based design, and many web designers use them as well. There are two widely used CSS frameworks, Blueprint CSS (which we use extensively) and 960gs (which is also excellent). But until now, there has not been a book focused on how to make the most effective use of grids in the design of web pages.

The author has stellar credentials, having been the Design Director for NYTimes.com for more than four years, during a period when it became an oft-cited example of great web design. He’s also the author of the popular design blog, Subtraction.